A Google Hangout is a video call done in the browser, meaning anyone can join. However, it’s not always worth recording your sessions for others to view later on. Here are some tips and tricks you may want to consider before clicking “record.”

This is a guide on how to record a Google Hangout Session or Video Call for FREE. This is done by using free software that is available to download and install. 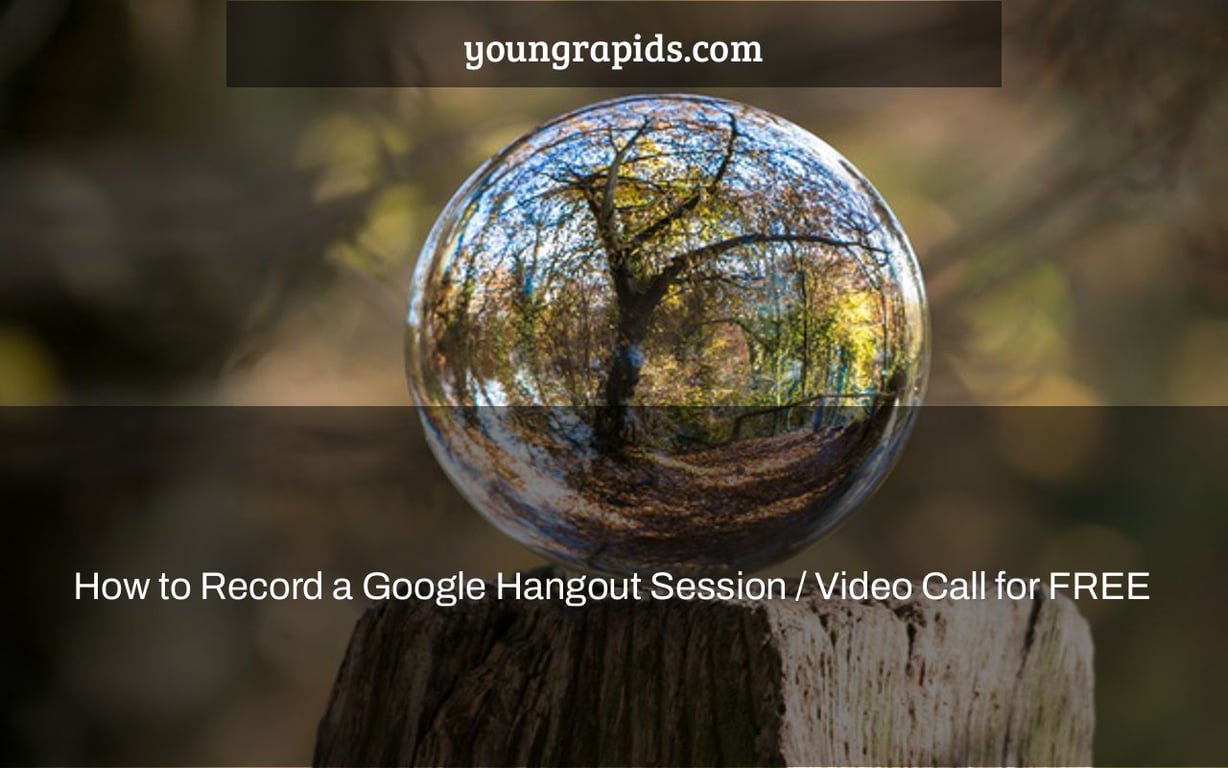 You may wish to re-watch a Google Hangouts session that has just concluded. Alternatively, one that occurred a month ago.

The simplest way to accomplish this is to record the aforementioned Google Hangout video chat, and I’m here to show you how to do it for free.

Fortunately, there are a variety of techniques and tools that enable you to record a Google Hangout session, but I’m here to show you the simplest – and free – option.

You never know when you’ll need to watch a Google Hangout again, so it’s better to be safe than sorry.

So, if you’re looking to record one for free and don’t want to be a computer whiz, I’ve got you covered! The concept is quite simple to implement and can be used to any form of hangout – not just those that you initiate, such as the Hangouts on Air that you may publish to YouTube.

1. Get a screen-recording program.

OBS Software is what I suggest. Open Boradcaster Software was built with those wishing to broadcast on YouTube or Twitch in mind, but it’s also incredibly simple to use for recording reasons.

The greatest thing is that it’s absolutely free and is continually updated, ensuring that you always get the most up-to-date version.

2. Open OBS Studio and get ready to record the video.

Create a Scene by clicking the Plus button in the bottom left corner of the Scenes menu, as seen in the picture above.

That’s merely a name you’ll use in case you make more in the future; it has no bearing on anything.

To make it simpler to utilize in the future, give it a name like “Hangouts recording” or something like.

Then, under the Sources menu adjacent, select the Add button. This is critical because you must choose the right source, which is Window capture:

After you’ve selected it and given it a name (name doesn’t matter), you’ll be led to the properties menu, which will look like this:

Make sure your open browser is selected from the drop-down option beside Window (you must have the Google Hangouts open in your browser and select that active tab).

Make sure “Window Class” is chosen under “Window Match Priority.” You may also toggle on or off the “Capture Cursor” according to your preferences.

Last but not least, make sure the “Desktop Audio” option in the Mixer is on. From there, you may modify the volume, although it’s typically preferable to keep it at the default setting. You may also turn it off from that option if you don’t want to capture any sound.

Now that the application recognizes that it needs to record your Google Hangouts window, you must assign a Hotkey to start and terminate the recording session. The picture guide is as follows:

You must first hit the Settings button on the right, then go to HotKeys, as seen in the picture above.

4. Where do you want to store your video?

Finally, you must tell the application where to keep your recorded movies during the setting process (and also the video quality). This may also be done in the Settings, under the Output category:

All you have to do now is close the OBS Software application and open your browser to the Google Hangouts tab.

When the video call or session begins, press the hotkey combination to begin recording. When you’re ready to stop recording, press it once again.

Please note: It’s critical to check the Google Hangouts terms and conditions to ensure that you’re permitted to record that specific session.

Normally, unless you have permission, you are not permitted to record or make public any session or private video call. Make sure you’re not breaching any regulations or laws by using your common sense!

That’s it! You now know how to effortlessly and for free record a Google Hangout.

The “google meet recording” is a video call service that allows users to record their Google Hangout sessions for FREE.

How do I record a Google hangout for free?

A: To record a Google hangout for free, you need to download the Hangouts app on your device. Once installed open up the app and go into Settings and under Recordings. From there select how many minutes of recordings you want to keep by changing around which circle it is in (youll only be able to save two hours worth at a time).

Can you record video calls on Google Hangouts?

A: Yes, you may record video calls on Google Hangouts.

How do I record a Google Hangout call?

A: There is no feature within Google Hangouts that allows the user to record their own calls. The only way to do this would be by using a third-party program such as Skype or Discord, which can both be downloaded for free from either of these sites.

iFixit is One of Valve’s Official Replacement Parts Partner –

How To Fix The No Internet Secured Error