Cade Cunningham is one of the most exciting young players in all of basketball, and he has been heralded as a franchise-altering player for Detroit Pistons. He is currently on pace to be their first Rookie of the Year since Chauncey Billups in 2004. Come watch his game tonight at 7:00 PM EST on ESPN against Chicago Bulls (If you care).

Cade Cunningham is on his way to superstardom and giving a rundown of the Detroit Pistons franchise. The Pistons have been waiting for this moment since 14 years ago. 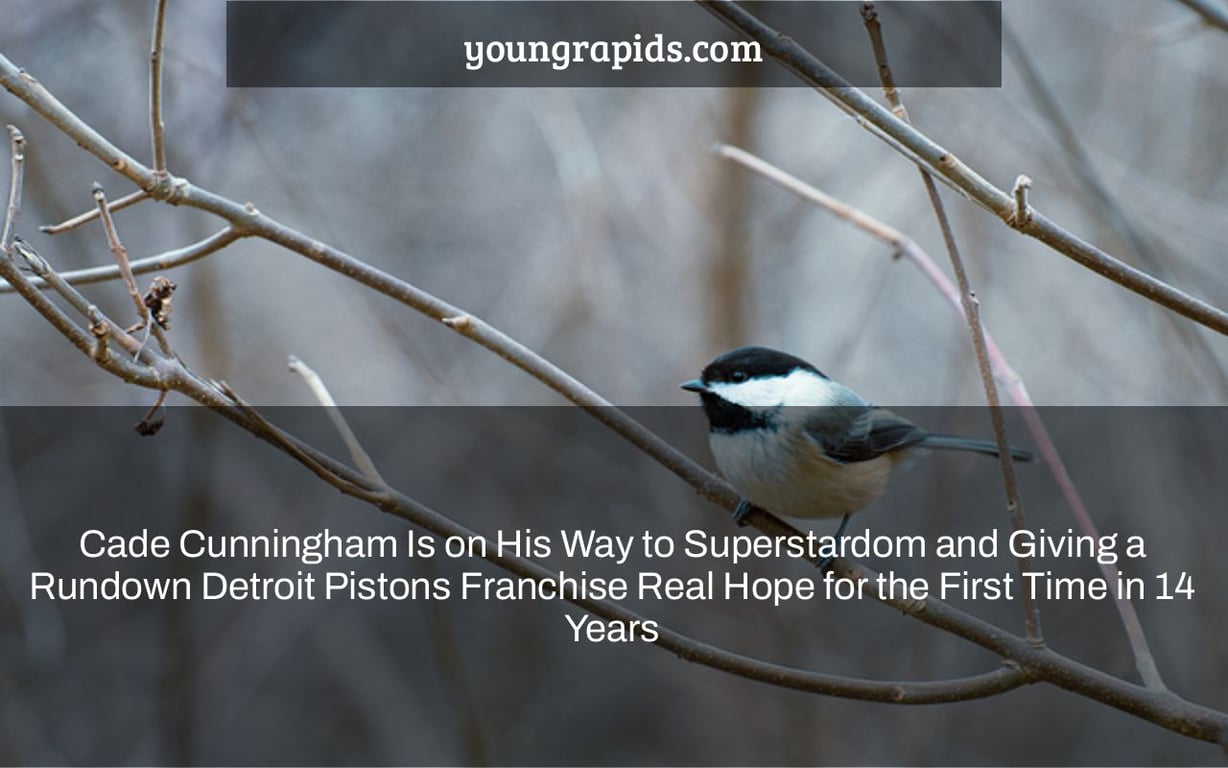 Since the 2007-08 season, the Detroit Pistons have reached the playoffs three times. Each time, they were swept.

Chauncey Billups, Rip Hamilton, Rasheed Wallace, Tayshaun Prince, and the rest of the team played their last season in 2007-08.

For the first time in 14 years, Pistons fans may have hope with the addition of No. 1 overall selection Cade Cunningham in the 2021 NBA Draft.

Cade is on his way to become a superstar in the NBA.

During the third quarter of a game against the Denver Nuggets, Detroit Pistons’ Cade Cunningham reacts. | Getty Images/Ethan Mito/Clarkson Creative

During his lone college season, Cunningham was ranked No. 1 on The Ringer’s Kevin O’Connor’s draft board from start to finish. His basketball IQ, unselfishness, playmaking, and leadership abilities set him apart from the competition.

The Oklahoma State product was a 6-foot-8, 220-pound point guard who could see over and between opponents to regularly make the proper play. As O’Connor put it, he was a “offensive orchestrator.”

Cade filled the stat sheet on his way to earning the Big 12 Player of the Year, despite being the greatest player in Stillwater and opponents devising game plans to stop him. For the Cowboys, he averaged almost 20 points, 3.6 assists, and 1.4 steals per game.

He also made 41.2 percent of his three-point attempts, which was not his projected skill set coming out of high school.

Those characteristics have all carried over to his debut season in the NBA. Cade has rebounded well after missing the preseason and the first five games of the season, averaging 16.2 points, 5.4 rebounds, and 5.3 assists per game.

Cunningham hasn’t been showy or explosive. But he’s been a consistent leader and floor general, which is exactly what the Pistons were looking for when he was drafted first overall.

Cade Cunningham can finally give Detroit Pistons fans reason to be optimistic.

Detroit and then-franchise star Blake Griffin (yikes) entered the playoffs in 2018-19, according to RealGM, but were swept by the Milwaukee Bucks.

They again made it in 2015-16, but LeBron James and the Cleveland Cavaliers swept them.

Then you have to go back to the 2008-09 season, when they were swept by James and the Cavs for the second time.

That summer, Billups was dealt for Allen Iverson, and the Detroit pseudo-dynasty was over.

According to Basketball Reference, Greg Monroe, Brandon Knight, and Andre Drummond were among the franchise’s top first-round choices in subsequent years. Killian Hayes, the No. 7 overall choice in 2020, is still up for debate.

The Pistons, on the other hand, have never brought in a franchise-altering player like Cade.

As he told The Athletic’s James L. Edwards III, the 20-year-old point guard already feels like he has his teammates’ trust:

“More than anything, I’m delighted with how much my teammates trust me with the ball,” Cunningham said. “They want me to create plays for us and to be aggressive.”

“It means a lot to me because folks trust me with the ball and the effort that I put in.”

Cade has his teammates looking up to him and his franchise looking forward only halfway through his first season.

Things are looking better for a sad brand, but not this year or next.

In a Jan. 25 defeat to the Denver Nuggets, Cunningham scored 34 points on 14-of-26 shooting and 6-of-9 from three. He also had eight rebounds, eight assists, and four blocks.

Cade has improved his efficiency as a go-to scorer, in addition to his consistent playmaking, something the Pistons desperately need.

It’s no surprise that the club has won six games in January, including one against the Bucks, after only winning four in November and December.

Dwane Casey, the head coach of the Detroit Lions, described their franchise cornerstone as “a gamer.”

It doesn’t get much more obvious than that.

Cade Cunningham is on his way to superstardom and giving a rundown of the Detroit Pistons franchise. The first time in 14 years that they have hope. Reference: cade cunningham hype.